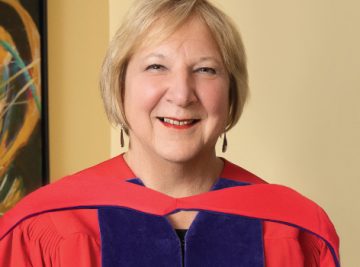 Martha Crago is one of Canada’s most influential leaders in research and academic administration. Currently the Vice-Principal, Research and Innovation at McGill University, she previously held other leadership positions at McGill and at Dalhousie University and l’Université de Montreal. She has also served on an extraordinary number of government, industry and academic research organizations in Canada and the United States. An active researcher in language acquisition across a variety of languages and learners, her work has been published extensively. From 2002 to 2018 she was the Editor-in-Chief of Applied Psycholinguistics, published by Cambridge University Press. View awarding of Honorary Degree 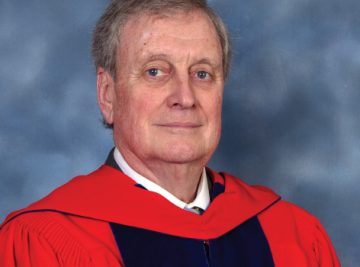 Throughout a long and distinguished career as a consulting civil Professional Engineer, Dick Fletcher has provided trusted technical advice and service to communities throughout Western Canada. A former Senior Engineer, Partner and President of Urban Systems based in Kelowna, he has been instrumental in building capacity, providing economic development opportunities and building infrastructure within numerous Indigenous communities by bringing unique and innovative solutions to bear in complex multi-stakeholder environments. He has served as a volunteer on numerous boards, committees and agencies throughout his career including President Engineer and Geoscientists British Columbia, President Engineers Canada, UBC Okanagan, and Okanagan College. View awarding of Honorary Degree 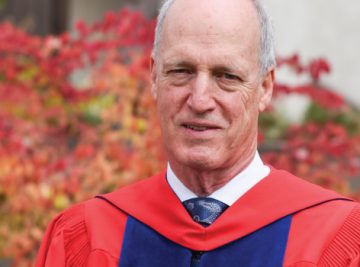 Jim Hamilton is an accomplished and long-serving academic leader whose numerous contributions include serving as President of the new Okanagan College since its inception in 2004. Under his tenure the College enrollment increased by 70 per cent, including a four-fold increase in Indigenous students. He also led the establishment of numerous strategic partnerships, served on countless academic boards and councils, and oversaw the completion of $127 million in capital projects. In 2016 he was recognized by colleague presidents Colleges and Institutes Canada with a Distinguished Service Award. View awarding of Honorary Degree 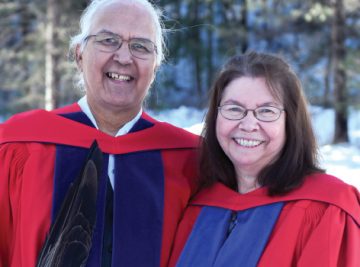 Life partners, Christina Marchand and Eric Mitchell are members of the Syilx/Okanagan Nation. Christina is a Sixties Scoop survivor, and Eric is a survivor of the Residential School system. As Elders in Residence at the UBCO Aboriginal Center they make important contributions to enriching the educational experience for Indigenous students. As co-founders of cultural safety programming and Adjunct Professors in both the School of Nursing and Faculty of Creative and Critical Studies, they have made tremendous contributions to the experiences of Indigenous students, faculty, and staff. They have influenced the cultural safety education at UBCO by giving voice to Indigenous stories, exposing the truth about the colonial narrative and inspiring participants to position themselves in Reconciliation. View awarding of Honorary Degree 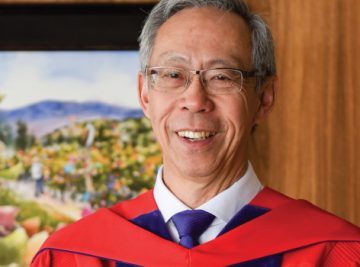 For almost four decades, Howard Soon (B.Sc. ’74) has been on the leading edge of winemaking innovation in British Columbia. From 1980 to 2017, he was winemaker at Sandhill Wines, where he became one of the most recognized names in Canada’s wine industry and the recipient of many national and international awards. He has also served as a volunteer on various industry and government boards, including the Scientific Advisory Board for Grape and Wine Genomics, a research project involving Genome BC and Genome Canada.  View awarding of Honorary Degree 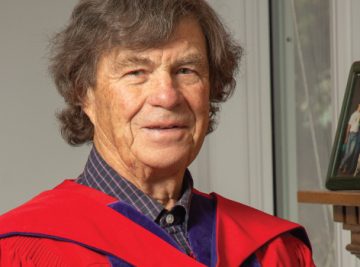