In response to provincial directives regarding events and mass gatherings during the COVID-19 pandemic, virtual graduation ceremonies for the Class of 2020 and the Class of 2021 were held in June 2020, November 2020 and June 2021. Archived ceremonies for Vancouver graduates can be found here and for Okanagan Graduates they can be found here. Alumni from these graduating classes will be invited back to campus for an in-person celebration in 2022, and more details will be provided in due course. 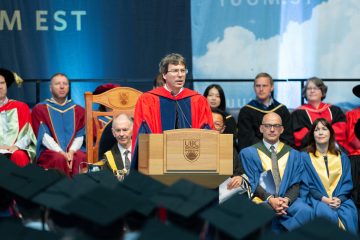 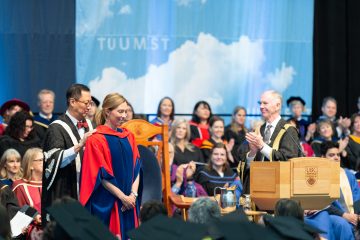 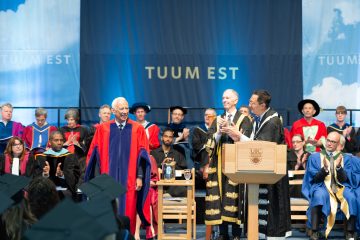 Honorary degrees are conferred on deserving individuals who have made substantial contributions to society, such as:

Find the complete list of Honorary Degrees conferred by UBC in the University Library Archives.